Island Projects held an official launch of the book ‘Insula Ovinium’ which contained an essay by Jenny Uglow at the British Museum in October 2004. The drawings and prints library allowed guests to leaf through the original manuscript written by William Hogarth and his fellow travels, before collecting their copy of the newly published art book entitled ‘Insula Ovinium’.

The introductory essay , by Jenny Uglow, tells of the history of the peregrination, and the reasons why Hogarth’s band of associates decided to go on an unplanned journey. The central section shows images of what took place at the exhibition and the performances at the opening. The third section is a compilation of the artists account of the peregrination they made to the Isle of Sheppey in 2004. 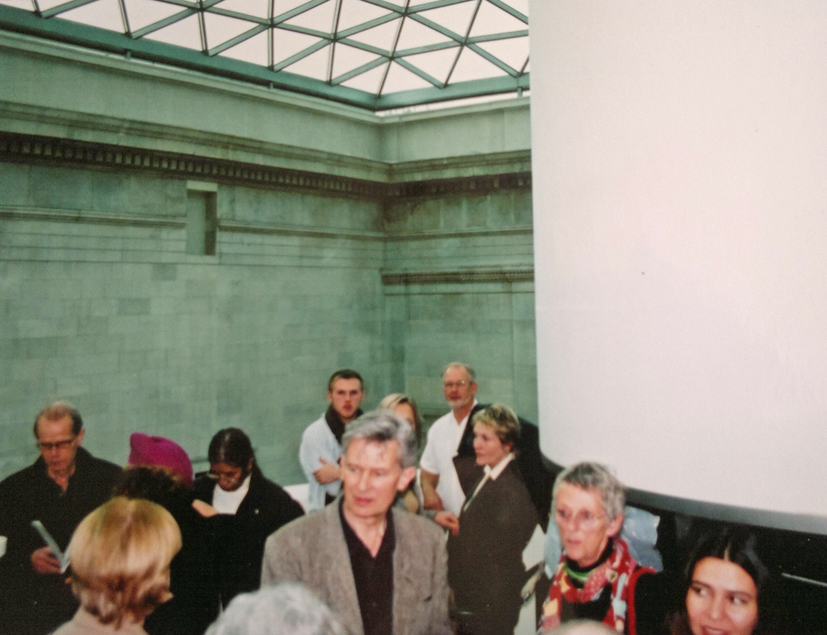 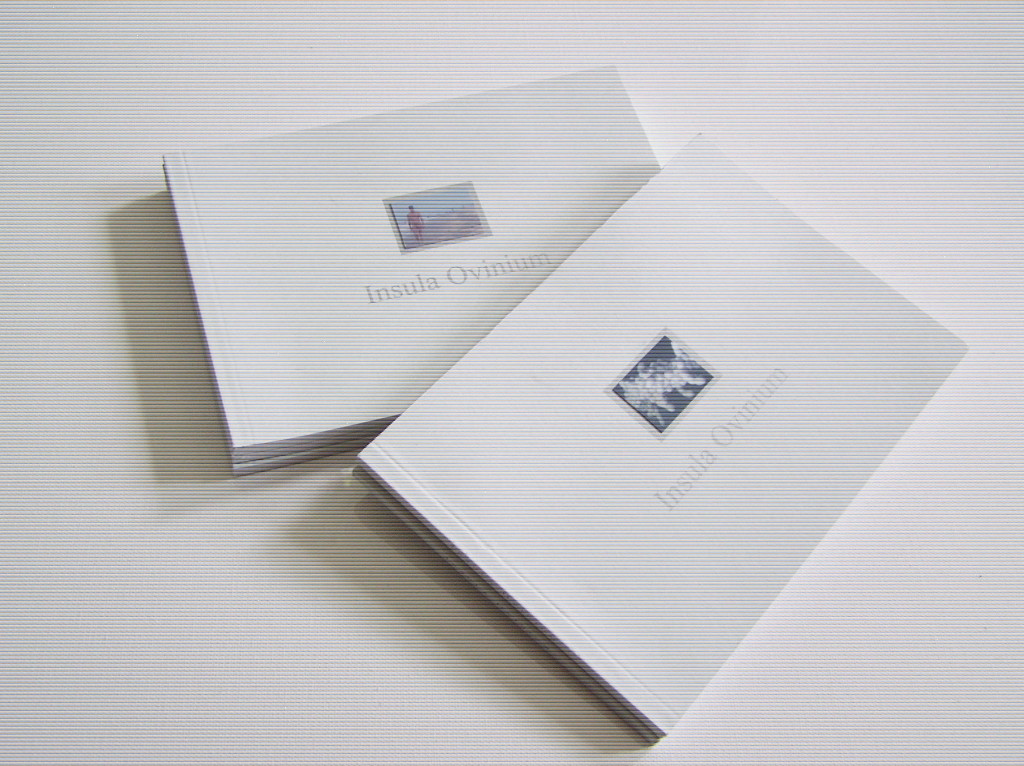 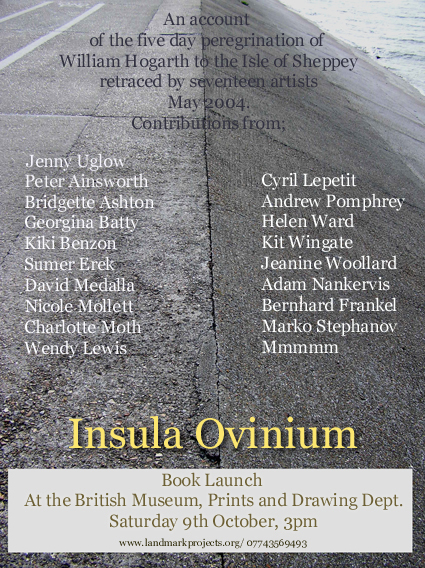