The project began at the Rockhouse Gallery , Isle of Sheppey in 2004. Insula Ovinium retraced the steps of Hogarth and his friends in an attempt to draw parallels or indeed look at the differences between 18th century Britain and what we see around us today. Seventeen artists took part in a five day peregrination in mid July leaving from London by train to Rochester, then boarding a boat that took them down the Medway to Queenborough then on to Sheerness. The Rockhouse Gallery has studio space above it with a dark room, which the artists were able to use to make their work.

William Hogarth was in the Bedford Arms on the Strand one Saturday night in 1732 discussing matters with his friends when they decided around midnight to set off on a peregrination to the Isle of Sheppey. Only leaving enough time to grab an extra shirt they set off on a five day trip which led them to Rochester and then down the Medway to the docks of Queenborough. The peregrinators (or pilgrims as they called themselves) retold their journey in a privately made book which was displayed in the Bedford Arms but then later printed under the title of “Hogarth’s Frolic – a five day peregrination to the Isle of Sheppey”.

Inside the book they recount in drawings, poetry and text their exciting adventure to the very last detail, painting a vivid image of 18th century Britain. What makes the book so special is that it is a personal account by all five participants. The peregrination was a reaction against the cultural trend at that time to seek inspiration in art and architecture in Italy and Greece. It was a real and honest account right down to the pile of cow dung that one of the group slipped in and got all over his jacket.

The artists met in Rochester and were taken to the Island by three yachts, (Illios skippered by Neil Perry and his family, Moriarty skippered by Gerry and Diana Lewin, and Stella skippered by Oli) to Queenborough Habour. In honour of Hogarth they were forced to drink gin and eat real english cheese and salt beef, as this is what he had on his journey. The ride was pleasant, a mild force four, Illios being the larger boat made good head way, but the Stella overtook, only to be caught out in the estuary and coming last in shore. After having visited the Guildhall Museum they all enjoyed a sunday roast at the Royal Pub Sheerness, before going on to their accommodation at the CYC. The group stayed in the old army barracks of the club, which had not been slept in since the 80’s , thus everything was in true Sheppey style, a bit out of date! This of coarse only lead to more hilarity within the group as the went about exploring the island. Quite a few of the artists were captivated by the Islands beautiful nature reserves, but among other top visits were the Harty Ferry Pub, Minster Museum, the concrete factory and of coarse the beach. 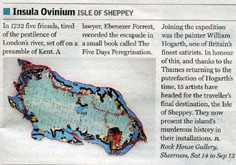 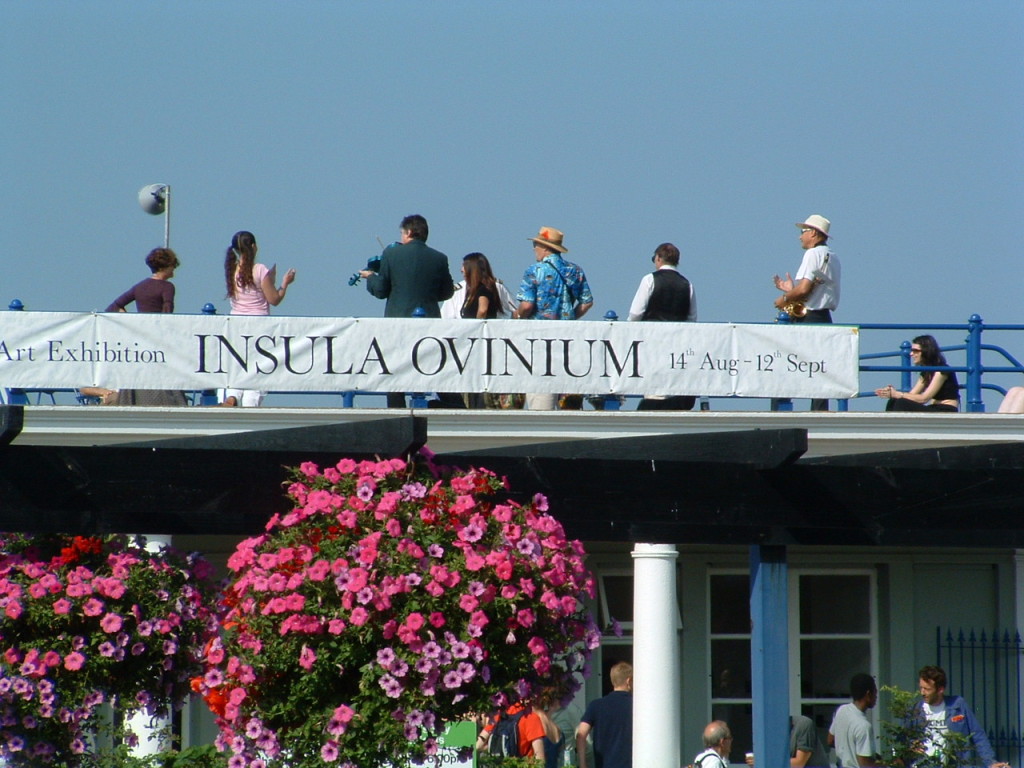 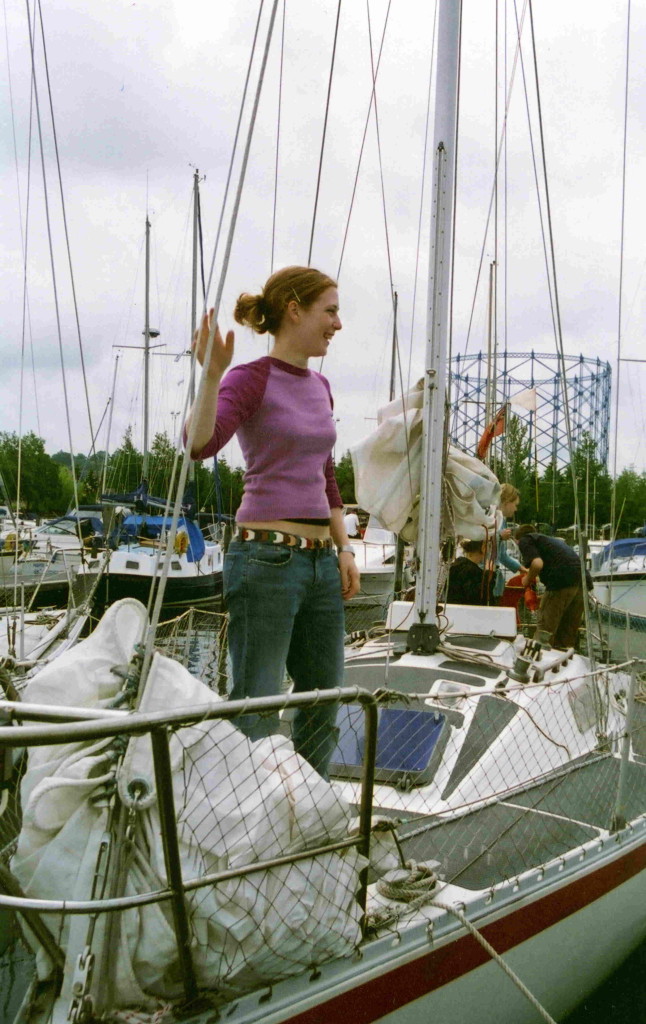 Artist Charlotte Moth on board the Boat Stella on route to the Isle of Sheppey. 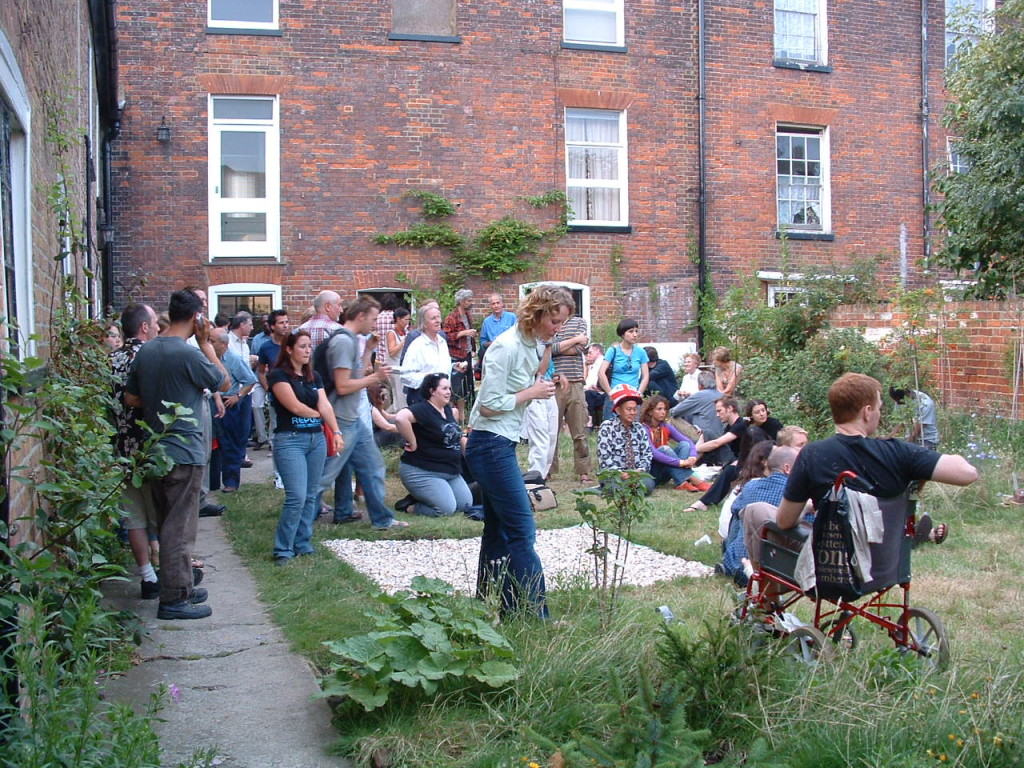 The private view at the Rockhouse Gallery, Sheerness. 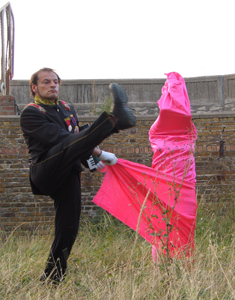 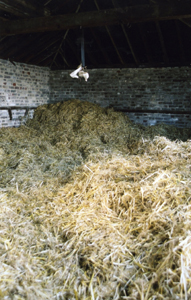 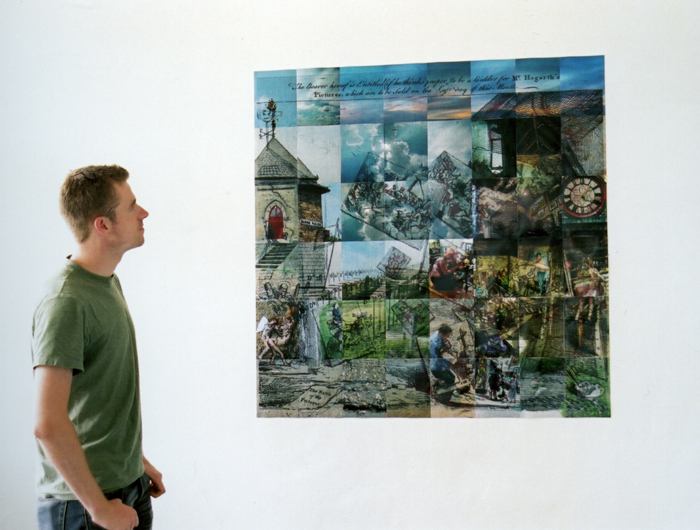 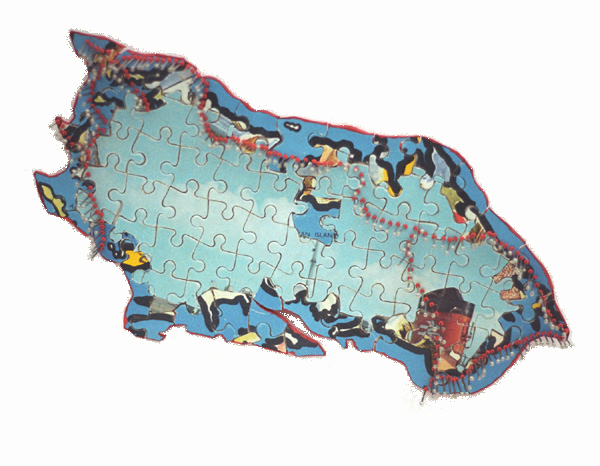 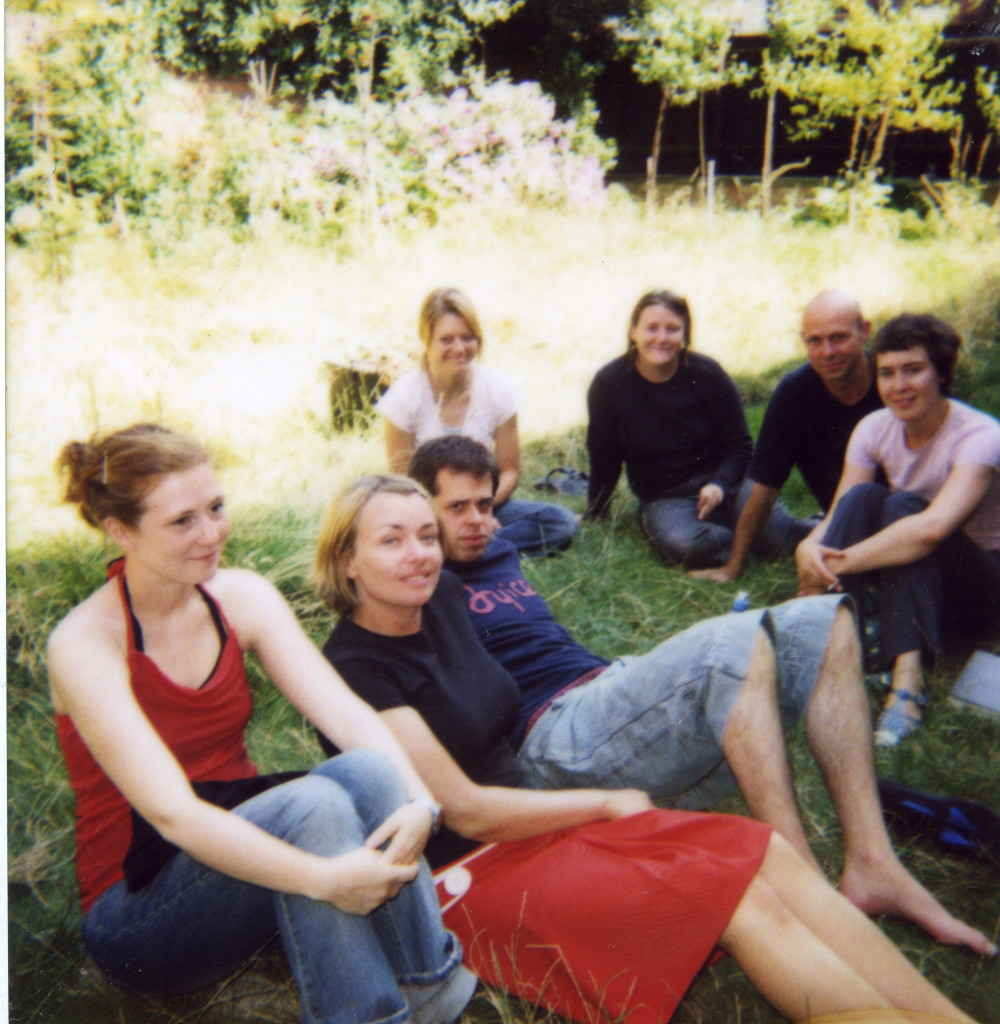 The artists on the residency.